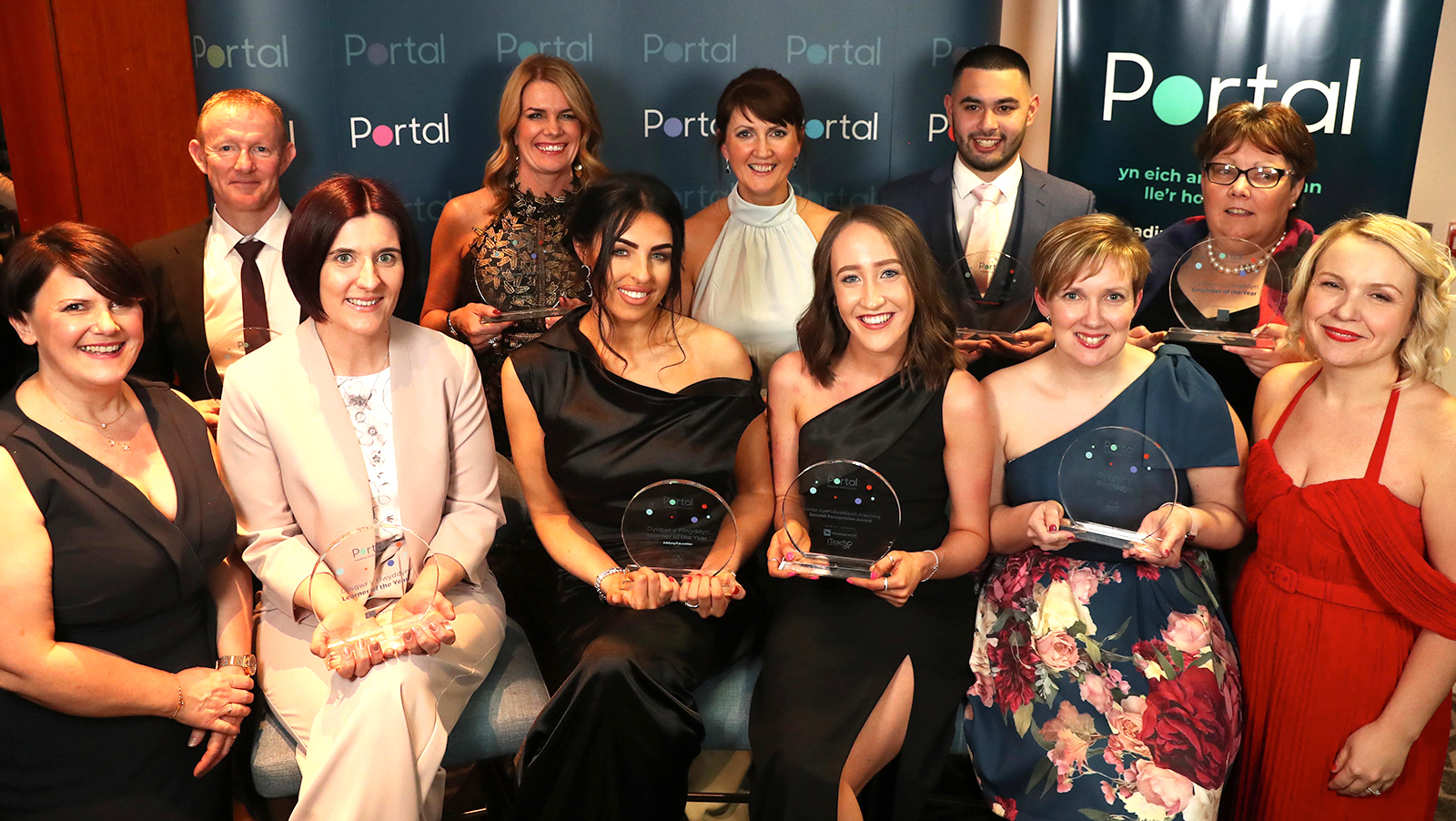 Wales’ top workplace learners have been recognised for their resilience and hard work in developing themselves professionally at a special event held by Portal Training.

Staff working in education, sport and business won praise for pursuing a range of professional qualifications alongside their day-to-day roles at a ceremony in St David’s Hotel, Cardiff.

Hosted by BBC Wales’ Eleri Sion, the awards honoured those who have successfully gained new qualifications in leadership and management through Portal Training.

Gwawr Booth, Managing Director at Portal Training, said it was a wonderful way to celebrate the success stories of the year and that the judges had found deciding on the winners to be a very difficult task.

Gwawr said: “We had some very strong and deserving candidates in each category which made it an almost impossible task. Congratulations to all the nominees and winners who have worked extremely hard for their qualifications, and a big thank you to their employers who have supported them through it all.”

Port Talbot’s Ysgol Cwm Brombil was named Education Employer of the Year after a Leadership and Management programme brought into the school transformed performance management activities within the school into a more positive experience for staff.

Aberystwyth’s Llyfrgell Genedlaethol Cymru won Employer of the Year for its efforts in investing in the professional development of their staff, while Rhyl’s Lucy Feliciello, won Education Learner of the Year for her work at Christ the Word Catholic School.

Cardiff Metropolitan University’s Fay Benningwood also received the Business Learner of the Year award after gaining the Level 5 ILM qualification with Portal, which gave her the confidence to start a Masters’ Degree in Leadership & Management alongside working full time.

Portal Training’s own Karen Drage, from Neath, also claimed the Assessor of the Year title and there was also a Special Recognition award for Portal colleague Lois Basnett, from Newport.

Gwawr said: “As training providers working to support professionals across Wales in achieving the next step in their career, or find their way to pursuing a new one, Portal Training has a responsibility to champion all those with a desire to progress personally and professionally.

“Working and studying simultaneously can be hard work, especially if you have family or other dependants at home, and it’s important that the hard work and commitment of these individuals in achieving these qualifications is properly recognised.”