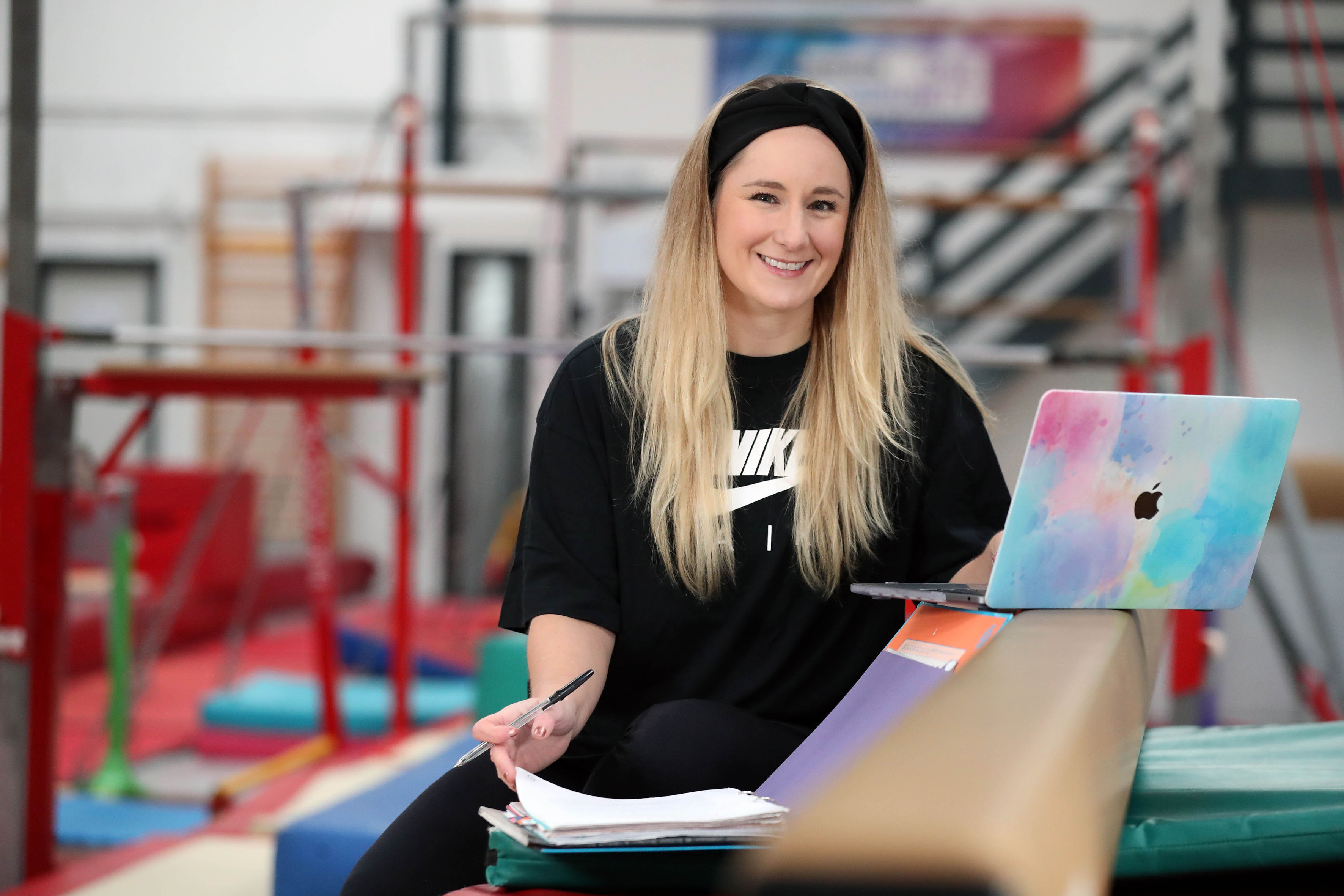 Natalie Morgan’s life-changing decision to return to Wales to pursue a career in sport with Welsh Gymnastics, after working within the performing arts sector for several years, has paid rich dividends.

Natalie, 33, from Penarth, was named Higher Apprentice of the Year when winners of the prestigious Apprenticeship Awards Cymru 2021 were announced at a virtual ceremony on June 17.

She successfully completed a Higher Apprenticeship (Level 4) in Leadership and Management with Cardiff-based Portal Training and has now progressed to Level 5.

Using the skills she learnt during her apprenticeship, Natalie was able to lead a successful outreach project to engage with young girls and women from the Black, Asian and Minority Ethnic community in Cardiff which led to the formation of a gymnastics club for them.

Launched with 11 girls, the club grew to more than 130, increasing numbers by 98% in just 18 months. Welsh Gymnastics achieved its aim of building a club run by the community itself, as all 10 adult volunteers have now become qualified coaches, supported by 16 young sports leaders.

The project has also been successful in building relationships outside of the club. Welsh Gymnastics has developed strong partnerships with organisations including Diverse Cymru, Mount Stuart Primary School and Cardiff Council.

“It means the world to me to win this award,” said Natalie. “I am thrilled that I was able to complete my apprenticeship whilst managing such a wonderful project within the community.

“It has been an enlightening few years and I am so grateful that the apprenticeship has provided a springboard to so many other opportunities.

“I would highly recommend a Higher Apprenticeship to anyone thinking about it. It’s a wonderful way to continue learning and an opportunity to expand knowledge whilst working on some fantastic jobs.”

Highlight of the work-based learning calendar, the awards showcased businesses and individuals who have excelled on the Welsh Government’s Apprenticeship and Traineeship Programmes and gone the extra mile to achieve success during these unprecedented times.

Jointly organised by the Welsh Government and the National Training Federation for Wales (NTfW), the awards had Openreach, the UK’s digital network business and passionate supporter of apprenticeships, as the headline sponsor.

Natalie is now working on two further projects as a result of her apprenticeship: one with Early Years Wales and the other for UEFA, in collaboration with Disney, to promote physical literacy through storytelling. She has also launched her own small business, The Sweet and Sound Co.

Carys Kizito, Welsh Gymnastics’ compliance manager, said: “Natalie has used her passion and commitment to learning to provide quality opportunities for others.”

Congratulating Natalie, Minister for the Economy, Vaughan Gething, said: “Our award winners have excelled via the Welsh Government’s Apprenticeship and Traineeship programmes and gone the extra mile to achieve success during unprecedented and extremely challenging times.

“This Welsh Government has ambitious recovery plans to ensure there is no lost generation as we rebuild a new version of Wales that becomes an engine for sustainable, inclusive growth. I believe apprenticeships will be vital as we emerge from the pandemic.

“That’s why the new Welsh Government has committed to creating a further 125,000 Apprenticeship places over the next five years. We are a small country but we have big ambitions, and our aim is to create a culture in Wales where recruiting an apprentice becomes the norm for employers.”